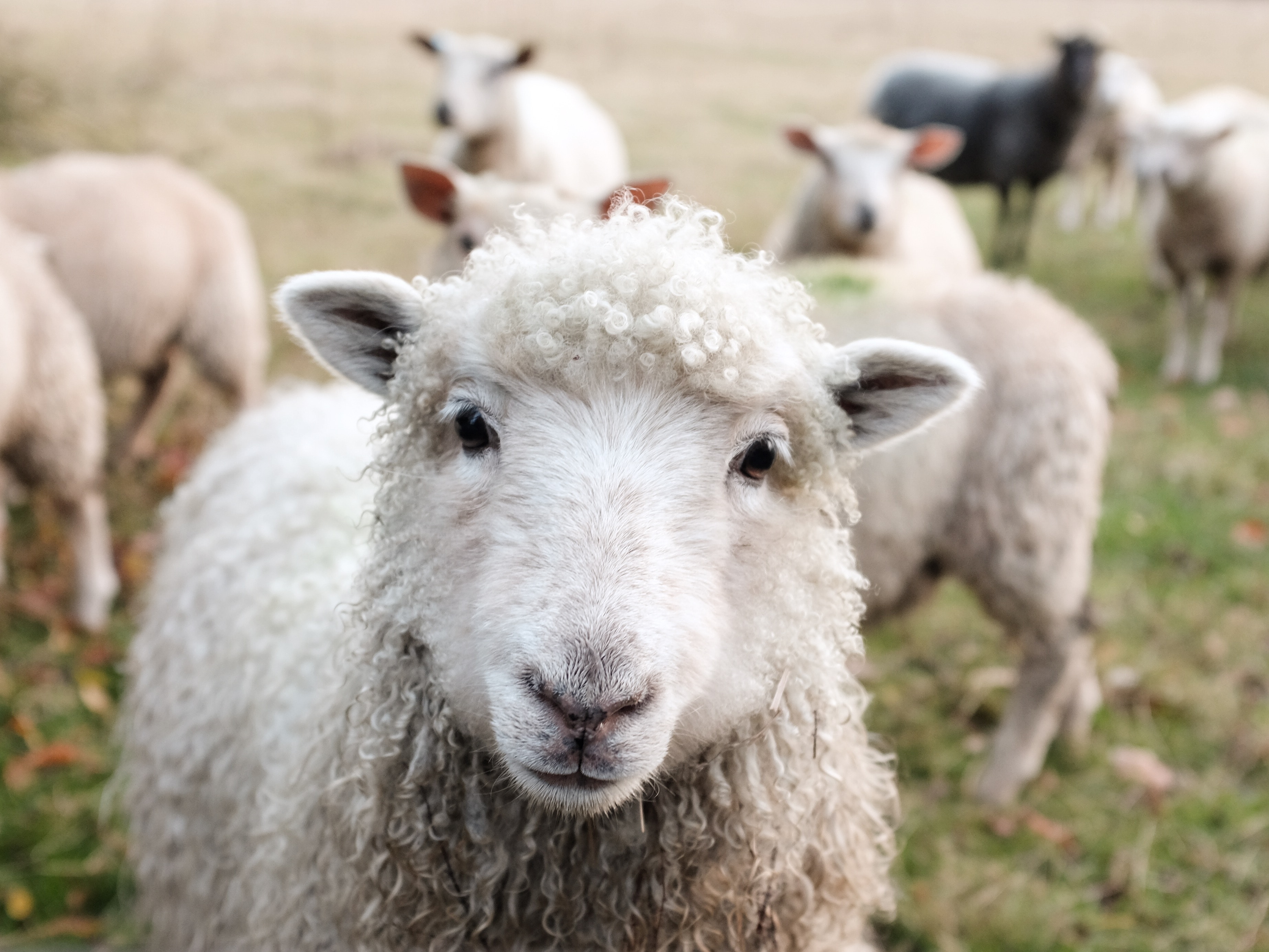 Column
Description
A series of articles addressing the reasons people choose to become vegan. Starting with animal farming.
Categories
Veganism
Author
Sarah White
Duration
5 min.+ read
Ready to Publish
Ready to Publish
Publish on
Apr 28, 2021
Status
Featured
Featured
Hide Page Cover
Hide Page Cover
Hide Date
Hide Date
Veganism is one of the most effective ways that you can support animal rights, protect the planet and in many cases improve your health. It’s a responsible and compassionate lifestyle choice in which you exclude the use of animals, be that for food, clothing, entertainment and products (including products tested on animals).
In this series of articles, I’ll be going over the reasons people choose to become vegan.
Photo by Juno Jo on Unsplash

Our vision is simple; we want a vegan world. A world without animal farms and slaughterhouses. A world where food production does not decimate forests, pollute rivers and oceans, exacerbate climate change, and drive wild animal populations to extinction. — Veganuary

To start this series, I thought I would explore one of the top reasons people make the decision to go vegan- the exploitation of animals for food.

In the UK alone approximately 2.8 million cattle, 10.5 million pigs, 14.9 million sheep,1.1 billion chickens and 14.5 million ducks are slaughtered each year for human consumption. The majority of animals reared for food are slaughtered at just a few months (or even weeks) old and suffer relentless cruelty for every moment of their short lives.
The conditions of farms are drastically different from the picturesque farmyard scenes we imagine. Factory farms exist purely to produce meat and dairy products as efficiently and cheaply as possible, with the animals being given only the bare legal minimum (which is often not the same as the bare minimum needed to survive). They are packed tightly into sheds, most never see the natural daylight and many don’t survive long enough to be slaughtered.
Photo by Jo-Anne McArthur on Unsplash
From day one, chicks born on factory farms are forced to live in overcrowded windowless sheds in their own waste. They are pumped full of antibiotics to try and control diseases, caused by their poor living conditions.
They are fed high-protein feed so that they grow so unnaturally fast they are unable to support their own weight, and many develop health problems such as arthritis. It’s common for their bedding to be changed so infrequently that farmed chickens suffer from infectious diseases and foot rot. Many more suffer from heat stress, heart failure and dermatitis due to the overcrowding.
Ducks and geese suffer a similar treatment. Foie gras is a high-class culinary product, made from highly fatty duck and geese liver. To achieve the required amount of fattiness geese and ducks have long metal pipes shoved down their throats to pump horrifying amounts of food directly into their stomach’s multiple times a day. This practice is illegal in the UK however, Foie gras still makes its way over here.
Photo by Jo-Anne McArthur on Unsplash
Pigs have been shown to have the same cognitive skills as a 3-year-old. When crammed in to concrete pens as they so commonly are on farms, their lack of mental stimulation manifests as aggression and stress. To limit the damage they can do to each other, their tails are pre-emptively cut off and their teeth ground down. Sows are artificially inseminated over and over again and confined to even smaller gestation crates. The piglets in each litter are separated from their mothers and after a few weeks transferred to fattening pens where they remain until their slaughter. In the pork farming industry, there is a phenomenon known as “boar taint” which gives the meat a bad taste. This is caused by the presence of pheromones in the boar. To prevent this, male piglets are brutally castrated sometimes without anaesthetic.
Photo by Jo-Anne McArthur on Unsplash
With the majority of sheep farmed outdoors in fields or hills you may think they are subjected to less cruelty. However, a life outdoors has its own issues. Sheep are forced to withstand fierce weather usually without any cover, each year over 4 million sheep die due to pneumonia and exposure as well as hunger and complications of pregnancy. Sheep are also subject to a high incidence of foot rot and fly strike due to dirty and rain-soaked wool round the tails. To try and prevent this, farmers will perform a procedure known as tail docking (fitting a rubber ring around the end of the tail so that if falls off) on newborn lambs.
Cows on factory farms are packed so tightly in to pens with slatted floors they are unable to lie down and will often develop respiratory problems due to the immense amount of manure around them. To fatten them up, they are fed a highly unnatural grain diet which leads to pain and metabolic diseases.
The suffering and exploitation of farmed animals is not something exclusive to factory farming. Free range farms subject animals to the same levels of cruelty, just with a bit more space and the ability to breathe fresh air. In the UK all it takes for a chicken farm to be free-range is for the chickens to be housed at no more than 13 birds per square metre and have daytime access to open air for at least half of their average 56-day lifetime. As with factory farmed chickens once they are ready to be slaughtered, they will be shackled and hung upside down, electrocuted, have their throats cut and are then often scalded to death.
Cattle and sheep both meet a similar end, often stunned using either electricity or a captive-bolt pistol. Once unconscious they are shackled, hoisted, and bled which is the severance of all major blood vessels supplying the brain with oxygenated blood. Pigs are either subjected to the same process as sheep and cows or they are lowered into chambers containing a minimum concentration of 70% carbon dioxide in the air. The pigs then lose consciousness and remain there until they die.

Now this is an industry whose practices some may not be familiar with, I certainly wasn’t prior to switching from vegetarian to vegan in 2018.
Cows farmed for dairy are forcibly impregnated and have their calf taken from them almost immediately- causing them extreme emotional stress. This coupled with the physical toll of repeated pregnancies, and a life confined to being pumped full of hormones to increase milk production, and antibiotics to stop diseases that these horrendous conditions cause in the first place adds up to one miserable existence. Once they are no longer profitable for dairy they are then slaughtered.
What about the calves?Calves are subjected to one of two fates — male calves are put into veal production spending around 8 months being confined and deprived of nutrients before being slaughtered. Female calves will be subjected to the same life as their mother.

The egg industry tells a similar story, in the wild a hen will lay anywhere between 10–30 eggs per year. But to meet the demands of the food industry hens in egg farms are forced to lay 250–300 eggs each year.
Hens are crammed together in small, stacked cages, often living in their own filth or that of the chickens in the higher cages. Hens that die in these cages are left to rot amongst the living. The only difference when it comes to cage free hens is that they are permitted to walk and lay their eggs in nests.
But they are still subjected to the rest of the cruel practices. Hens that survive the average two-year life span are transported for days without food or water to be slaughtered because they are considered no longer profitable.
The chicks born into this industry never see their mothers and meet a similar fate to that of calves. They are born in giant incubators before being separated into males and females. The female chicks have their beaks removed by a hot blade, so they don’t peck each other. Male chicks are put it to bags alive to suffocate to death or ground up alive at only a day old. This is because they will never lay an egg or gain weight fast enough for meat production.
Photo by Jamie Street on Unsplash
Animals are much more intelligent and complex than most people think, we know dogs are capable of learning tricks and completing obstacle courses, but did you know that cows enjoy mental challenges and that chickens will form friendships? These animals are no different than your pet cat or dog but for some reason we separate them from their families and subject them to all manner of cruel and inhumane practices just for food- something we could get without any of this.
So, whether you believe that all sentient creatures have a right to life and a happy one at that, or you want to make a stand against the inhumane and cruel practices of the meat, egg and dairy industries. Changing to a vegan diet is one of the top ways you can take a stand against animal exploitation and cruelty.